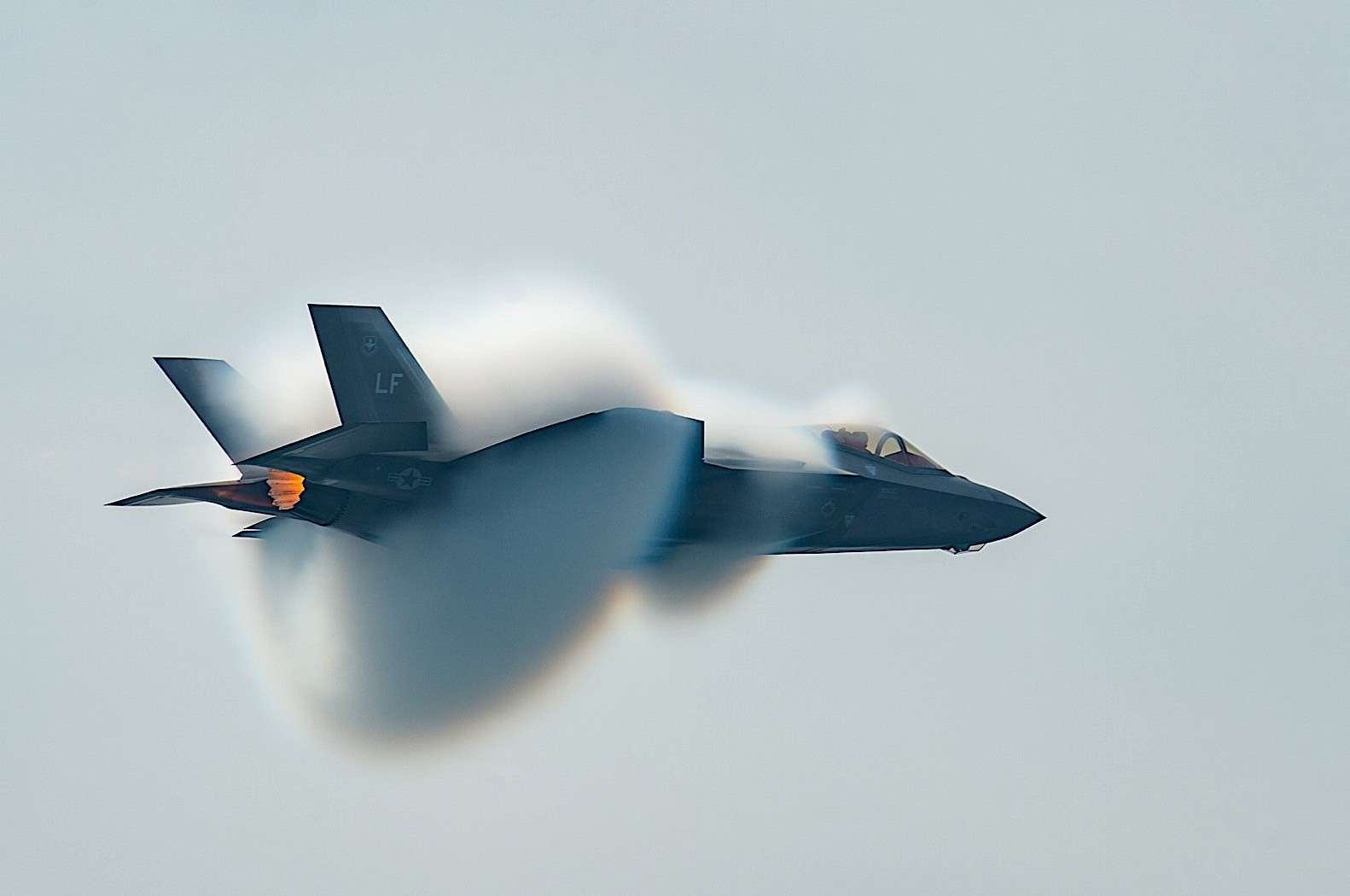 One of the pivotal junctures in the F-35 program was the first public aerial demonstration, flown at the Paris Air Show in June 2017.  For years, everyone around the F-35 lived with the growing disappointment of lack of progress in development and testing.  The fallout of very effective counter-marketing by competitors and adversary nations was felt by all involved in F-35.  So many people did not want the F-35 enterprise to succeed and despite measurably progress in flight testing, productive rates and operational experience, the doubters existed everywhere.  It is illogical to think that a fighter whose effectiveness, lethality and survivability was built on stealth would have to show off its maneuverability to a public crowd.  After all, the days of dogfighting were over.  Maneuverability like we show at airshows have little to do with the real flying of a fighter plane, especially with a stealthy 5th Gen spaceship.

The questions about the maneuverability of the F-35 were cemented by a leaked F-35 test pilot report out of Edwards Air Force Base.  Many became convinced that the F-35 could not out-maneuver older generation fighters. Why would any nation spend $$$ Billions on a 5th Generation F-35 when it could not even beat a 40-year-old, 2 seat, 2 tanked, 4th Generation F-16 in a dogfight?  Was any of this true and why was anyone focused on ‘dogfighting’ for a 5th Gen fighter whose effectiveness and survivability was linked to sensor fusion and stealth…seeing everything while never being seen?  When would a dogfight possibly ever happen when every mission would be flown where the F-35 could never be detected or engaged by enemy fighters?  The answer is…it doesn’t matter.  Everyone believed it and the story was never fading away.

We decided to do something about that. The F-35 airshow project to turn things around involved 9 months of engineering support, thousands of simulator hours developing maneuvers and flying emergency scenarios, tons of airborne practice and lucky timing for our first performance venue.

In June of 2017 at the Paris Air Show, the world was able to witness what the F-35 could do, outside of its stealth covering, to out-maneuver, out-power and out-perform all its 4th Gen competitors.  We showed raw brute power like the F-16, better slow speed maneuvers than the F-18 can fly and super-maneuverability seconded only to the F-22 which has thrust vectoring and we don’t. The Paris Air Show rules strictly limit the area in which you can fly, altitudes and mostly timing; an aircraft is allotted 6 minutes to demonstrate its capability. 6 minutes on stage is a very small window to show what a fighter is capable of and requires very tight orchestration linking one maneuver to the next with no slack in the routine.  F-35 Paris Air Show:

In a 6-minute airshow routine, we crushed the myths about the F-35’s capability to dogfight.

The Paris Air Show routine was a transformational performance in front of the world’s most important aviation audience.  It ended more than a decade of doubt and signaled “turning the corner” on the maturity of the F-35 program.  The public’s perception was no longer of a slow, lumbering, non-maneuvering bomber but of an aggressive, super-maneuverable dogfighter.

Since then, the United States Air Force has done a superb job of executing the F-35 demo in a longer, more crowd-friendly routine.  The second iteration of this USAF demo is flown by Major Kristin “BEO” Wolfe.  BEO, a former F-22 pilot before converting to the F-35, is in her second season of airshow flying and has managed to impress aviation enthusiasts and novices with what she can do with the jet.

I shouldn’t have to say this, but fighter jets are gender and race agnostic.  The jet doesn’t know anything about the gender or race of the human who is operating it except if that person can fly or not.  BEO can fly…period.  She is a great fighter pilot.  Her routine shows the best of the F-35’s power, aggressive maneuvering and awe.  BEO represents the best of the world’s most powerful air force when she displays and carries herself with great professionalism and humility…. often a trait in short supply around the big egos of fighter pilots.

As the architect and demo pilot of that first F-35 airshow, I know how powerful it is to see the F-35 in action.  This isn’t just another loud jet display.  Everyone’s impressions of the F-35 change when they watch the jet perform the ‘Pedal Turn’, spiralling down slower than the stall speed of other fighters, and rotating around like a helicopter.  “Dogfight”?  You won’t do well against an F-35 that has that kind of super-maneuverability in close-in combat.  Tom Cruise in the new ‘Top Gun: Maverick’ movie would not want to be in a Super Hornet against a well-flown F-35 in a dogfight…The F-35 dogfight questioning ended after the Paris Air Show demo.

Why mention BEO and the USAF F-35 Demo (https://www.388fw.acc.af.mil/F-35A-Demo-Team/)?  Labor Day weekend, BEO will be performing at the Canadian International Air Show (https://cias.org/) over the waterfront of Toronto. Even in this pandemic period, spectators in Toronto will be able to watch a great airshow and see what BEO and the F-35 can do. It has been a long 18 months of COVID, and we can all use some fun. Yes, it is election time and yes, a new fighter will be decided soon. There could not be a better time to show Canadians what the next RCAF fighter looks like.

You don’t sell airplanes at airshows…you sell inspiration and dreams.

Airshows inspire kids young and old to chase the dreams of flight. BEO’s tale is compelling and her flying convincingly fabulous to witness. Game changing…. transformational…and just flat out loud and fun. So, we can save the politics of F-35 for one weekend and get everyone down at the waterfront to see the F-35.  On a humid afternoon over the water, the F-35 will be engulfed in vapors. And after more than 1 million people see the F-35 that weekend, I bet the needle moves in its favor in Canada. For the F-35 Demo…Seeing is Believing.