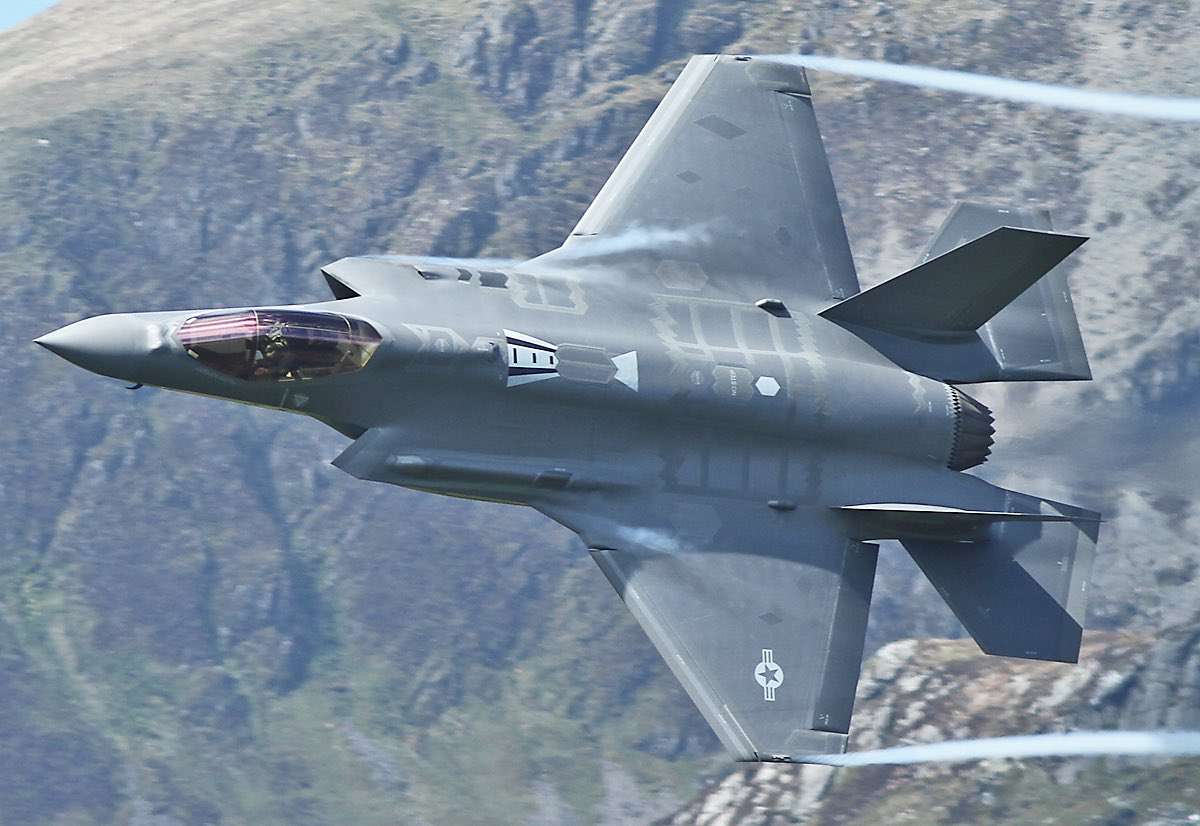 As an original CF-18 Hornet pilot, I recall the conversation about how Canada secured great industrial offsets from that procurement program and how Canadian industry back 40 years ago was going to ride that wave for a long time.  No doubt, that Canadian industry, having missed the 3rd generation fighter opportunities, needed a bump.  The Hornet program promised leading edge jobs (a relative term compared to these days) and work for decades to come.  That program in many respects became a model for Canadian military procurement in the decades that followed; ensured guaranteed jobs and work offsetting the cost for the CF-18s paid for by the Canadian government.  That mindset became part of the socialist psyche that government procurement officials carry even today.

When the F-35 partnership was created, one of the benefits was that the partner nations would all pay the same amount for whichever variant of F-35 they were buying, that industrial work in those countries would have to be won and not just handed out and that there would not be guaranteed work like Foreign Military Sales programs (with the US Government) have typically offered. Industrial work was offered essentially based on the number of F-35s to be procured by that nation as a percentage of the overall program.  This plan pushed beyond guaranteed offsets and more towards the capitalist model.

Build the best widget at the best price at the highest quality and you can win a contract.

Maintain those parameters and you will be rewarded with renewed work for a generation or more.  F-35 didn’t say you would be guaranteed of anything.  Earn the contract.  Build to the highest standards likely beyond what your company has produced yet and stay competitive with your price.  Fail any of those and F-35 will go looking elsewhere and you will lose that work. Intuitively we would all love to compete for a 40-year program of work.  However, as socialists, schooled in the guaranteed offset model set up 40 years ago with the CF-18, Canadian government officials had a hard time coming to grips with that notion.  Socialism thrives in Canada.  Cutthroat competition belongs south of the border and not part of juicy, comfortable, stable offset work normally linked to big military procurement programs.

Throughout the saga of the new fighter program, the offset issue was always going to be a hard nut for F-35 to crack and an easy bonus for Boeing and the Super Hornet to win.  If points were to be given for offset work, Boeing, with the commercial aviation contracts already in Canada plus the legacy work from the CF-18 that could be transitioned to Super Hornet, was going to crush this element of any competition; max points for offset work even if it was building hubcaps and steering wheels.  F-35, with the strict contract that stated no guaranteed offsets permitted, was going to be penalized.

Why does this matter?  If one aircraft is extremely capable executing the projected missions, it would mop up on those points (worth 60 in the Canadian competition).  If that same program could not satisfy the very clear rules for guaranteed offsets, then in spite of being perfectly capable in the air, that program would get potentially zero points for industrial offsets (0 or 20) and ultimately lose the competition.

Imagine how the folks at Boeing were salivating when those were the rules in Canada.  Imagine how juicy this competition became when Canada softened the tactical scenarios and made them so easy that even a 4th Gen fighter could survive.  Imagine the delight for the competition when any Ukraine-like scenarios were dumbed down because the competitors complained that those harsh, high threat, heavily contested, near-peer scenarios were unfair and unrealistic.  After all, when would a fight in Europe with a lethal threat ever surface again in our lifetime…

The Canadian government threw Lockheed Martin and the F-35 a lifeline changing the rules to give partial credit for work in Canada even if it was not ‘guaranteed’.  F-35 might never get full marks for that part of the competition but at least it would not be skunked.  10 of 20 points in the scoring (better than 0 of 20) might be enough to carry F-35 to win even with the dumbed down scenarios that would give better scores to the other competitors than would have been the case with the original war scenarios.

And then the US Navy, Boeing Super Hornet team self-destructed and was kicked out of the competition for failing to satisfy the mandatory criteria requested by the Canadian assessing team. How do you blow a $19B USD, generational competition by failing to satisfy the requirements element, especially when your company is desperate to keep Super Hornet work continuing in St Louis, Missouri for the thousands of Boeing workers who come into that plant every day? I am sure the bloodbath afterwards inside Boeing was like a Game of Thrones battle with Business Development folks bleeding out all over the halls.  I know that bad staffing by the US Navy office in charge was to blame but Boeing needed to have managed that with better leadership. Without Boeing in the competition, it was only a matter of time until Canada announced that F-35 was the winner.

So how about Capitalism?  F-35 will bring as many as 150,000 jobs to the Canadian aerospace industry over the lifetime of the program.  There are Canadian parts on every F-35 that has been built and that will be built over the next 40 years.  There are companies that have elevated their capabilities by being linked to F-35 which has since permitted them to capture business in other program and other manufacturing lines.  There is a generation of workers whose baseline work is more sophisticated than anything that exists in any other program in the world.  Do Canadian companies have to perform each and every time? Yep…and ask why that is important.  The most sophisticated aerospace vehicle ever developed flies in combat against the most lethal threats that our enemies possess.  Every component, to the smallest of detail, is produced to the highest level of precision imaginable to make this 5th Generation fighter extraordinarily lethal, capable, and most importantly survivable.  Why does Capitalism matter for F-35?  Because socialism would have allowed lesser standards on products for the fighter, lower capabilities as the program satisfied the guaranteed work obligation, less of a hammer to enforce exacting standards of precision and ultimately a fighter not built with the unmatched standards that are applied to F-35.  You want that because you want to know that your sons and daughters flying the F-35 into harm’s way are in the jet built to the highest standards imaginable to ensure that they kill the enemy and come home every time.  This is one time when even Canadians understand that “Good Enough Isn’t”.

Peter McKay wrote an Op Ed https://nationalpost.com/opinion/peter-mackay-f-35-contracts-should-benefit-canadians in late June demanding that Canada mandate work be given to CAE to build simulators for the F-35 and also to companies like IMP (from the East coast).  Since nothing in F-35 is guaranteed, a country does not get to demand those kind of consolation prizes when finalizing a contract to procure F-35.  One person who knows this better than most is Peter McKay who served as Minister of Defense during the early F-35 saga and had to defend the signing of that F-35 agreement.  CAE had a chance very early in the program when Lockheed Martin officials crossed the country scouring for industrial partners.  CAE missed the boat then and has been trying to get back into the good graces of F-35 since.  Now, more than 15 years since first flight of F-35, the simulators for the program have been mastered and matured and there is likely less business for CAE than they once hoped for.  IMP went to bed with Saab and the Swedish push for Gripen in the Canadian fighter competition.  I don’t know how they will come to the F-35 program now, tail between their legs having sold their soul to the Scandinavians and find a way to secure maintenance and sustainment contracts for F-35.  However, there are 40 years of the F-35 operating in Canada and there will be a place for many new Canadian companies to benefit from this franchise opportunity.

There’s a lot to the kind of socialism in Canada that works compared to south of the border and a more capitalist model…but not in the case of building this fighter jet and not in the case of helping build a stronger, more capable, and competitive aerospace industry.  In this case, Capitalism wins.